The year was 2017. Ninety-nine year old Annie was pictured smiling as a policeman handcuffed and led her into a cell. You’ve probably never seen a smiling convict before but Annie’s case was a little different. While most people would be shivering at the thought of being placed in a damp, dark cell, she had just achieved one of her life-long goals: getting arrested.

Everyone on earth (including your cat) has goals – from the Forbes-worthy plans to the downright ridiculous ones that would probably top the “craziest life goals you’ve ever heard of” list. The 6-year old girl down the street wants to own Disneyland someday, while your cat probably wants to become the only owner of your house. These goals can all be achieved. However, the big question is how? How do you stop your goals from just ending up as unchecked items on a bucket list?

Even though there’s no clear-cut formula for success, one way to ensure that you can actually achieve your goals is to write them down. In fact, psychological studies have shown that people who write down their goals are 42% more likely to achieve them than people who don’t. But don’t just take our word (and statistics) for it.

Here are five solid reasons why writing down your goals is a surefire formula to success:

Most people say that the Bermuda Triangle is the hardest thing to find. However, this isn’t exactly true. You know what’s harder to find? Motivation when you need it the most. For a lot of people, it’s quite easy to set and map out personal or professional goals. On the other hand, when it comes to actually taking action, their zeal suddenly disappears. An easy solution to this problem would be to set a goal and then write it down immediately.

Studies have revealed that when you write down your goals, the motivation to achieve them increases substantially. Subconsciously, you would feel committed to the objectives you’ve written down and as such, take the necessary steps to achieve them. Writing down your goals is just like giving yourself a subconscious command. Consequently, each time you get distracted, your brain will subtly remind you of your goals and aspirations.

“If you want to be happy, set a goal that commands your thoughts, liberates your energy and inspires your hopes.” —Andrew Carnegie

2. Makes it easier to remember

Believe it or not, a large number of people often forget their goals or aspirations. With the hustle and bustle of modern life, it’s far too easy to get distracted and forget about any goals or New Year resolutions you may have set. However, putting your goals on paper helps to enhance remembrance. Ever heard of the generation effect? If you haven’t, here’s a quick breakdown of this neuroscience term. The generation effect is a phenomenon when a person finds it easier to remember information generated by their own mind, rather than information they read or picked up from a book. When you write something, your brain automatically assumes that it’s important and focuses on it.

For instance, if you read a travel guide to Paris, you’d most likely remember only a few bits and pieces from it. However, when you jot down salient points from the guide in your own words, your brain knows that this piece of information is more important than the one you just read from the guide. As such, you’d find it easier to recall it later. This is basically how the generation effect works.

Even though the generation effect seems like a fancy term, it’s more common than most people think. When you map out your goals and write them down, your brain assigns importance to it and as such, makes it easier for you to recall them.

It’s even harder because “daring” could mean anything, ranging from hiking up Mount Everest or drinking a bottle of hot sauce without water. However, writing down your goals would help to narrow your focus and clarify what you really want to do. This way, there’d be no room for confusion or dilly-dallying.

Hope is one extra reason why you should be writing your goals as soon as you set them. When it comes to achieving one’s goals and aspirations, hope is an essential factor. Without hope, you’d most likely lack the drive to take the necessary steps towards achieving your target.

Writing down your goals and committing to them fuels hope and gives you something to look forward to. When you’re hopeful, you’re able to achieve your goals in no time at all.

“Our goals can only be reached through a vehicle of a plan, in which we must fervently believe, and upon which we must vigorously act. There is no other route to success.” —Pablo Picasso

5. Sets boundaries between wishes and goals

Before your goal is written down, it’s just one of your thoughts or longings. However, the moment you pen down your goals, you give it substance and transform it from a wish to a target. It becomes something real and tangible. You could even set deadlines and action plans. This way, you won’t spend hours building castles in the air when you have a real target.

Any dream or goal can be achieved eventually. Sure, it may take time, but a great way to kickstart your success is by penning down your goals. Writing down each goal spurs your subconscious into action and transforms your passive longing into actual targets. This way, the distance between you and your aspiration will be shortened. At the end of the day, who needs shooting stars when you have a pen and paper? 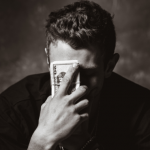