“Every great achievement is but a small peak in the mountain range of contributions.” Those were the words of renowned US economist Dale T. Mortensen, a man whose crowning achievement (the Nobel prize in Economics) came a few days after his 71st birthday. And Mortensen is not the only famous late bloomer. Anna Mary Moses didn’t pick up a paintbrush until she was well into her 70s but still went on to have a highly successful career, selling one painting for over $1.6million.

But are these late bloomers the rare exceptions? Or can we all become a success at any stage in life? Well, it depends on how we define success. Because as SavingSpot found out, human beings peak at different things at different times in their life. So here’s a look at the age you peak at everything in life.

Let’s get the bad news out of the way first. Physically, you’ll notice a sharp decline in your sporting and athletic ability once you pass 30. Unfortunately, this is when time begins to take its toll on the body, and you’ll never be able to sprint as you did in your early 20s. But a good diet and healthy habits mean you can carry on enjoying exercise and some sports well into your 60s, and even beyond.

Our brain’s processing power peaks at age 18. The brain fizzes with new and exciting ideas, but we probably don’t have the skills to implement or express them fully. For example, we don’t master the art of concentration until we’re in our early 40s, and our vocabulary skills aren’t fully developed until we hit 73.

Career-wise, we’re at our most productive during our mid-30s. This is when we put in the long hours and weekend shifts, building a solid foundation for long-time career success. That’s probably why all the really good stuff happens during our 40s and 50s. 41 is when the average career woman reaches her maximum earning potential, and we learn what it means to be a strong leader around the time of our 47th birthday.

The mid-40s is also the sweet spot for anyone with ambitions to start a new business, tech company, or venture capitalist firm. And this might be related to the average age of a first-time billionaire, which is 51. In fact, most men earn the highest salaries in their early 50s, and net worth for both men and women peaks at 65 years of age.

Life isn’t about burning brightly and then fading. Instead, it’s an ever-changing adventure that’s always offering us new challenges and opportunities for personal growth. So embrace them and, more importantly, enjoy them!

Check out the infographic below for the age you peak at everything in life: 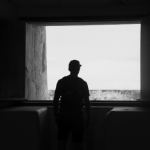