Nick Quah announced that he is bringing his run at Hot Pod to a close, without working on it for seven years. That said, Hot Pod isn’t going anywhere. Here is part of what Nick Quah had to say well-nigh this:

I’m pleased to inform you that I’m inward an try-on to pass Hot Pod onto Vox Media, where it will wilt part of The Verge. Ashley Carman, with whom I’ve collaborated a tuft in the past and whose work is cited wontedly in these pages, will be taking over as lead writer. Those plans were spoken in Variety as well as the Vox Media/New York Media printing room older this morning.

Starting next week, Nick Quah will be joining Vulture as a full-time podcast critic. He will be starting flipside newsletter tabbed 1.5x Speed. Outside of that, he “is moreover going to tinker virtually with a few side projects.” One of them is a Substack.

Here are some other things to know:

Hot Pod will go completely visionless for the next few weeks as they set up for the relaunch.

Paid Hot Pod subscribers will get a self-ruling three-month subscription to New York Magazine. If you’re once a paid subscriber, expect a promo lawmaking to be in your inbox in the coming weeks, where you can sign up. If you are once a subscriber to both Hot Pod and New York Magazine, you’ll be getting a variegated souvenir as a token of their appreciation.

Existing subscribers who joined Sidechannel (Discord) that Hot Pod has been a part of, will protract to have access, though the channels specific to Hot Pod will be archived. Nick Quah will be discontinuing Hot Pod’s unique Sidechannel sign-up link.

You should expect continuity when Hot Pod returns in a few weeks. 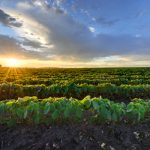