Marie Joyce has joined Mamamia’s Melbourne office, in the new role of Head of Audio Sales for Victoria, having previously been Head of Agency Sales at Nova Entertainment. The role reports into Mamamia’s National Head of Audio Sales, Belinda Cook, and is part of Mamamia’s unfurled rapid growth in the medium.

Belinda Cook, Mamamia’s National Head of Audio Sales, said: “Marie was an firsthand stand out when we were recruiting for this role – her reputation in market is unrenowned and together with her wide-stretching leadership and vendee service wits we knew she would be a unconfined windfall to our growing team. To have someone of Marie’s calibre join us is a testament to Mamamia’s strength and leadership in podcasting and our desire to protract offering weightier in market opportunities for our clients to connect with Australian women.”

Marie Joyce said: “I’m thrilled to be joining Mamamia and to work slantingly such powerhouse women in commercial and content creation. As a BIG listener of Mamamia Out Loud and a tuft of Mamamia pods, I can’t wait to play a part in the network’s ongoing growth, helping brands goody from the ‘friends in our ears’ connection and integration craft that Mamamia uniquely offers. David Cordner, and the Melbourne Commercial team, have an outstanding reputation for service, creativity, and wayfarers effectiveness. I’m very excited to wilt part of the Mamamia team.”

Mamamia is Australia’s #1 women’s media trademark wideness written, video and podcast content. Its stable of over 40 shows makes it the world’s largest women’s podcast network. Mamamia’s founding purpose is to make the world a largest place for women and girls. 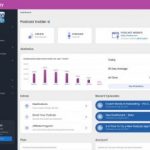