We started this competition with 20 impressive startups. After three days of fierce pitching in the virtual yet incredibly competitive Startup Battlefield arena, we have a winner.

The startups taking part in the Startup Battlefield have all been hand-picked to participate in our highly competitive startup competition. Like last year, we reproduced the nail-biting excitement of our physical races on a virtual stage. All the companies presented a live demo in front of multiple groups of VCs and tech leaders serving as judges for a endangerment to win $100,000 and the coveted Disrupt Cup.

After hours of deliberations, TechCrunch editors pored over the judges’ notes and narrowed the list lanugo to five finalists: Adventr, Cellino, Koa, Nth Cycle and Tatum.

Nth Cycle has ripened an electro-extraction system that stands at less than 1,000 square feet and can process 5 tons of material per day — a key differentiator from big, traditional recyclers that use hydro- and pyrometallurgical techniques that require increasingly wanted and generate a greater footprint. The system can winnow “black mass,” a powdery waste substance that’s generated from the shower recycling process, and turn that waste into valuable minerals like nickel, cobalt and manganese.

Read our post well-nigh Nth trundling in our here. 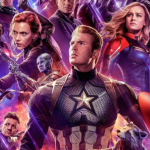 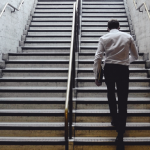