Numbers can take on profound cultural significance, but few numbers have quite the resonance as 911, the emergency number for the United States. Few want to dial it, but when they must, it works — every single time. One industry trade association estimates that 240 million 911 phone calls are made every year, ranging from the quotidian loud dog to the unrenowned terrorist attack.

While it may be a singular number, 911 calls are directed to roughly 5,700 public safety answering points (PSAPs) wideness the country, all with self-sustaining operations, variegated equipment, disparate software, multifarious organizational structures, and vast inequalities of staffing and resources.

“Every 911 part-way is very variegated and they are as diverse and unique as the communities that they serve,” Karin Marquez, who we will meet later, put it. You have massive urban centers with dozens of staffers and the weightier equipment, and “you have agencies in rural America that have one person working 24/7 and they’re there to wordplay three calls a day.”

These organizations squatter a tough challenge: Transitioning their systems to incorporate information from billions of new consumer devices into the heart of 911 response. Location from mobile GPS, medical information from health profiles, video footage from cameras — all of this could be useful when police, firefighters and paramedics victorious on a scene. But how do you connect hundreds of tech companies to a myriad of 911 technology providers?

Over the last eight years, RapidSOS has wilt the go-to solution for addressing this problem. With increasingly than $190 million raised, including an $85 million round this past February, RapidSOS now covers nearly 5,000 PSAPs and processes increasingly than 150 million emergencies every year, and it’s technology is scrutinizingly certainly integrated into the smartphone you’re delivering and many of the devices you have lying virtually (the visitor counts well-nigh 350 million unfluctuating devices with its software).

Yet, like many emergencies, the company’s story is one of reverses, misdirections and urgency as its founders worked to find a model to jump-start 911 response. RapidSOS may well be the only startup to pivot from a consumer app to a govtech/enterprise hybrid, and it has the most wide-stretching directory of partnerships and integration relationships of any startup I have overly seen. Now, as it expands to Mexico, the United Kingdom and elsewhere, this startup with its roots in a rural sublet in Indiana, is redefining emergency response globally for the 21st Century.

The lead writer of this EC-1 is Danny Crichton. In wing to stuff the EC-1 series editor, managing editor at TechCrunch, and regularly talking well-nigh himself in the third person, Danny has been writing well-nigh disaster tech and first covered RapidSOS when in 2015 prior to its public launch. The lead editor for this story was Ram Iyer, the reprinting editor was Richard Dal Porto, and illustrations were drawn by Nigel Sussman.

RapidSOS had no say in the content of this wringer and did not get whop wangle to it. Crichton has no financial ties to RapidSOS, and his values disclosure statement is misogynist here.

The RapidSOS EC-1 comprises four wares numbering 12,400 words and a reading time of 50 minutes. Here are the topics we’ll be dialing into:

We’re unchangingly iterating on the EC-1 format. If you have questions, comments or ideas, please send an email to TechCrunch Managing Editor Danny Crichton at danny@techcrunch.com. 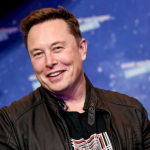