Jason Dressel is president of History Factory, which helps companies use their history and heritage to enhance and transform strategy, positioning, marketing and communication.

Every week over the past three and a half years, an stereotype of three CEOs have exited tech companies in the U.S. That tally is higher — in good times and bad — than in any of the other 26 for-profit sectors tracked by executive search firm Challenger, Gray & Christmas. You’d think tech companies should be the paradigm of how to prep for leadership transitions, since they operate in such a unvarying state of flux.

They’re far from it.

A transpiration of writ is one of the most soft-hued moments in the life trundling of any organization. If mishandled, the transition from one CEO to the next can result in a loss of market valuation, momentum and focus, as well as key personnel, customers and partners. It may plane wilt that turning point when an organization begins to slide toward irrelevance.

With so much at stake, 84% of tech execs stipulate that succession planning is increasingly important than overly considering of today’s fast-changing merchantry environment, equal to our new survey of corporate America’s leaders. Seven out of 10 survey respondents well-set that tech companies squatter increasingly scrutiny than other multinationals during a transition.

Yet we found that tech execs towards just as unprepared for C-suite transitions as their peers in other sectors. Three out of five respondents said their companies don’t have a documented plan to handle a leadership change, plane though, by that same ratio, they unclose that a documented plan is the biggest determinant in seamless transitions.

The findings may not be troubling if these respondents were millennial startup founders, years from leaving their companies. The executives we polled, however, hail from 160 companies that have been in merchantry for a minimum of 15 years — 35 are tech companies, the largest industry cohort in the survey.

The smallest companies have at least 1,500 employees and $500 million in yearly revenue, while the largest have throne counts of over 500,000 and revenue upward of $100 billion. They have been virtually long unbearable to understand — and put into place — risk management and slipperiness planning, including what happens should their leaders fall victim to the proverbial milk truck.

Tech execs should be increasingly rigorous well-nigh succession planning for one important reason: institutional memory. Tech firms often are younger than other companies of a similar size, which partly explains why the median age of S&P 500 companies plunged to 33 years in 2018 from 85 years in 2000, equal to McKinsey & Co.

These enterprises unmistakably have workaday a lot in their short lives, but in their haste, most have not captured their history, unlike their longer-lived peers in other sectors. Less than half of these tech firms, in fact, have formally recorded their leader’s story for posterity. That puts them at a disadvantage when, inevitably, they will be required to onboard newcomers to their C-suites.

It’s weightier to record this history well surpassing the intense swirl of a leadership transition begins. Crucially, it will help the incoming and future generations of leadership understand hair-trigger aspects of its track record, the lessons learned, culture and identity. It moreover explains why the organization has evolved as it has, what binds people together and what may trigger resistance based on previous experience. It’s as much well-nigh moving forward as looking back.

Most execs in our poll get it, with 85% saying a company’s history can be a playbook for new executives to learn and prepare for upcoming challenges and opportunities. “History is the mother of innovation for any type of company,” one respondent said. “History,” writes another, “includes the roadmap to failures as well as successes.”

But this documented history cannot be a hagiography of the valedictory CEO. Too often, outgoing execs spend their last years in office constructing their own trophy cases. Plane as they conceded their own flat-footedness on transition planning, the majority of execs said they have once taken steps to create and reinforce their personal legacies — two-thirds said they have once completed their own formal legacy planning, many with the manna of their boards.

It’s ironic, then, that three out of five moreover said that the legacy of a CEO or founder often overshadows the skill set and wits a successor brings. Two-thirds of tech execs believed that the longer a leader has been in office, the increasingly it complicates a transition.

Tech leaders can do this right and have washed-up so. Asked which five big-name CEO transitions was most successful, respondents’ No. 1 was Apple’s handoff from Steve Jobs to Tim Cook (38%), followed by Microsoft’s page-turn from Steve Ballmer to Satya Nadella (28%). The others, at General Electric, General Motors and Goldman Sachs, each netted no increasingly than 13% of votes.

Apple’s unveiled predominance in this survey might contradict the translating to play lanugo the puffiness of an exiting CEO and highlight the compilation and transfer of an organization’s history to the next senior executive. Jobs, without all, painstakingly managed his legacy until the end. But plane as he unfurled to take center-stage, he moreover made sure to pass withal Apple’s institutional knowledge and ethos to Cook over the 13 years they shared space on Apple’s executive floor.

Sooner or later, everyone in the C-suite today — including startup founders — will depart. For the sake of everyone they’ll leave behind, they should uncork prepping for that day now. 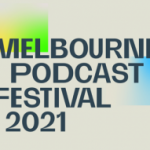 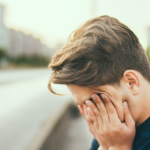