While the technology and merchantry world worked towards the weekend, developer operations (DevOps) firm GitLab filed to go public. Before we get into our time off, we need to pause, rewording the company’s S-1 filing, and come to some early conclusions.

GitLab competes with GitHub, which Microsoft purchased for $7.5 billion when in 2018.

The visitor is notable for its long-held, remote-first stance, and for stuff increasingly public with its metrics than most unicorns — for some time, GitLab had a November 18, 2020 IPO target in its public plans, to pick an example. We moreover knew when it crossed the $100 million recurring revenue threshold.

Considering GitLab’s increasingly recent results, a narrowing operating loss in the last two quarters is good news for the company.

The company’s IPO has therefore been long expected. In its last primary transaction, GitLab raised $286 million at a post-money valuation of $2.75 billion, per Pitchbook data. The same information source moreover notes that GitLab executed a secondary transaction older this year worth $195 million, which gave the visitor a $6 billion valuation.

Let’s parse GitLab’s growth rate, its final pre-IPO scale, its SaaS metrics, and then ask if we think it can surpass its most recent private-market price. Sound good? Let’s rock.

GitLab intends to list on the Nasdaq under the symbol “GTLB.” Its IPO filing lists a placeholder $100 million raise estimate, though that icon will transpiration when the visitor sets an initial price range for its shares. Its fiscal year ends January 31, meaning that its quarters are offset from traditional timetable periods by a single month.

Let’s start with the big numbers.

This paints a picture of a SaaS visitor growing quickly at scale, with substantially unappetizing gross margins (88%). Growth has not been inexpensive either — GitLab spent increasingly on sales and marketing than it generated in gross profit in the past two fiscal years. 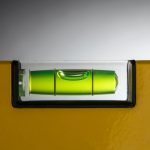