Lemonada Media, the podcast network that presents humanity unfiltered, announces the launch of BEING Studios to create groundbreaking new audio series of what it’s like to “be” someone else. Reality television expert Kasey Barrett (The Real World, Kardashians, Born This Way) has been named Executive Producer of BEING Studios.

“A first for listeners, Lemonada’s BEING series are part doc-reality and audio-first podcasts. Think: reality TV meets podcasting,” said Kasey Barrrett, BEING Studio’s Executive Producer. “Through thoughtful and entertaining narrative storytelling, BEING Studios will offer listeners intimate, first-person wangle into worlds and people they may not otherwise know.”

“We’re excited to unravel new ground with Kasey and offer our regulars an immersive audio wits that reveals what it’s literally like to walk virtually in someone else’s shoes,” said Stephanie Wittels Wachs, Lemonada’s Chief Content Officer and co-founder. “In structuring with Lemonada’s topnotch slate of podcasts, BEING Studios creates opportunities for racial empathy towers by sharing how it feels to operate and live in variegated environments,” adds Lemonada CEO and co-founder Jessica Cordova Kramer.

BEING Studios goes into production this fall. Its first series launches in spring 2022. Lemonada is seeking a full time Supervising Producer and Associate Producer to join the BEING team. 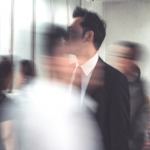 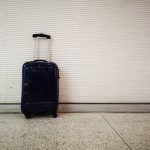