Rhys Spence is throne of research at Brighteye Ventures, a European edtech-focused fund, where he works with portfolio companies to help write priorities, with a focus on internationalization.
More posts by this contributor

It’s a story worldwide to all sectors today: investors only want to see ‘uppy-righty’ charts in a pitch. However, edtech growth in the past 18 months has ramped up to such an extent that companies need to be presenting 3x growth in yearly recurring revenue to plane get noticed by their favored funds.

Some companies are worldly-wise to wham this out of the park — like GoStudent, Ornikar and YouSchool — but others, arguably less suited to the conditions presented by the pandemic, have found it increasingly difficult to present this kind of growth.

One of the most worldwide themes Brighteye sees in young companies is an vocalizing on international expansion for growth. To get some spare insight into this trend, we surveyed edtech firms on their expansion plans, priorities and pitfalls. We received 57 responses and supplemented it with interviews of leading companies and investors. Europe is home 49 of the surveyed companies, six are based in the U.S., and three in Asia.

Going international later in the journey or when increasingly funding is available, possibly due to a VC round, seems to make facets of expansion increasingly feasible. Higher budgets moreover enable entry to several markets nearly simultaneously.

The survey revealed a roughly plane split of target customers wideness companies, institutions and consumers, as well as a good spread of home markets. The largest contingents were from the U.K. and France, with 13 and nine respondents respectively, followed by the U.S. with seven, Norway with five, and Spain, Finland, and Switzerland with four each. About 40% of these firms were yet to foray vastitude their home country and the rest had gone international.

International expansion is an interesting and nuanced part of the growth path of an edtech firm. Unlike their neighbors in fintech, it’s unsupportable that edtech companies need to expand to a number of big markets in order to reach a scale that makes them lulu to VCs. This is less true than it was in early 2020, as digital education and work is now so commonplace that it’s possible to build a billion-dollar edtech in a single, larger European market.

But naturally, nearly every would-be edtech founder realizes they need to expand overseas to grow at a pace that is lulu to investors. They have good reason to believe that, too: The complexities of selling to schools and universities, for example, are widely documented, so it might seem logical to take your chances and build market share internationally. It follows that some view expansion as a way of diversifying risk — e.g. we are growing nicely in market X, but what if the opportunity in Y is larger and our merchantry begins to ripen for some reason in market X?

International expansion sounds good, but what does it mean? We asked a number of organizations this question as part of the survey analysis. The responses were quite broad, and their unrestrictedness to an extent reflected their target consumer groups and how those customers are reached. If the product is web-based and wieldy anywhere, then it’s relatively easy for a visitor with a good product to reach customers in a large number of markets (50 ). The firm can then build teams and wider infrastructure virtually that traction. 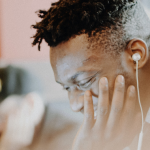 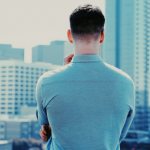