Venture wanted is a popular source of wanted for early-stage startups, but it’s definitely not the only one. Debt is an increasingly popular alternative, as is non-dilutive, revenue-based financing.

So, we invited Accel Partner Arun Mathew, Clearco co-founder and president Michele Romanow, and Pipe co-founder and co-CEO Harry Hurst to TechCrunch Disrupt 2021 last week to discuss the various ways companies can raise wanted and which might be the weightier thoroughfare for startups. (Hurst unfortunately had a power outage so was not misogynist for the entirety of the panel).

Both Clearco and Pipe offer revenue-based financing and both have raised large sums of venture wanted themselves, some might say ironically. But Romanow and Hurst were emphatic in their weighing that venture funding and other forms of wanted don’t have to be “mutually exclusive.”

“I unquestionably think the biggest companies in our portfolio are widely using multiple, variegated pools of capital,” Romanow said. “I would encourage you to do your research on what type of wanted is good for which particular stage of the visitor you’re in, and which particular purpose you’re using it for. And if you do that, I think you’ll find that you’ll end up stuff a lot less diluted at the end of the day. And you’ll unquestionably find increasingly leverage over time that will indulge you to scale a lot faster.”

Mathew argued that the majority of startups are unquestionably not a unconfined fit for venture investment. “Venture investment is expensive, and depending on who you raise from, it comes associated with unrepealable expectations,” he said.

Romanow pointed out that whether or not a founder should opt for venture wanted or other types of financing largely depends on what they are planning to use the money for. For example, if a startup were looking for wanted to spend on inventory and advertising, then venture dollars wouldn’t be the weightier fit. “It really doesn’t make sense to requite up valuable probity at an early stage to do something that’s a repeatable and scalable expense with a stock-still return,” Romanow said. 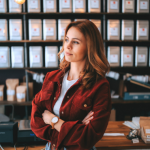