The razzmatazz organ I’d joined was the most competitive and would-be in London. Building merchantry was hardwired into every one of us. Competition with other internal teams was part of the process. Jumping to the top of the queue whilom other teams for the next new merchantry prospect gave us increasingly opportunities for winning new business. We were trained to present, to sell, and sell then and again. And I was drastic to succeed.

Failure could be challenging. Our creative teams could be fearsome to deal with. Emotions ran upper — sometimes way too high, with unpleasant consequences.I planned to stay for a year or so. But twelve years passed quickly, and I ended up running a big group. The rewards for those of us who succeeded were good, but I wanted more.

I took a big, big risk and started a breakaway organ with seven colleagues. With a full team and a unconfined office in the part-way of London, we had a stupidly large overhead from Day One. We moreover had no vendee and no income. We had to sell to survive. Every single opportunity, every new merchantry prospect, however small, was critical. Our family houses, the school fees, the grocery bills and everything we owned depended on winning business.

We were good — mostly, very good. Plane if we lost a new merchantry pitch, we didn’t requite up. Sure, this irritated some prospects, but mostly they appreciated our hunger.

Every idea had to be sold and nurtured. Every opportunity, however small, exploited. Our lives and our families depended on it. And at the end of the first year, we tapped even. Our bankers were so amazed they threw us a private lunch to celebrate.

Then times got edgy. We had big debts. We restructured, redoubled our efforts and focused harder on winning business. We survived — and produced some outstanding work.

After years and years of selling the organ to prospects, to staff, stakeholders and selling work to clients, I realized something. I was dog tired. I was worn-out from filling the leaky skillet of revenue over and over again. I knew it was time to merge my organ and get out. I stopped selling.

After a stint at merchantry school, I was when in business, but this time, on my own. I had no website and no name plate on my office. I was invisible, and I didn’t sell. I just told past clients and colleagues what I was planning and doing.

For four months, the phone was quiet. Then it rang. I met with the prospect — and instead of selling and telling him well-nigh my offer, I just asked questions well-nigh his visitor and what problems required attention. I checked the size, importance and forfeit of those problems.

And the phone unfurled to ring, despite no website, no marketing, no sales activity, and no long submissions. I refused to write submissions – only one-page outlines. I just asked questions.

“Telling is not selling. Only asking questions is selling.” – Brian Tracy

But they wanted to work with us. As clients moved to new agencies, the word spread and we got increasingly calls. These new prospects wanted credentials presentations. I explained that I would tell them well-nigh our merchantry for less than sixty seconds, and well-nigh our philosophy and tideway for four minutes. At that point, if they did not stipulate with our approach, we could cut short the meeting and I might be worldly-wise to suggest others who could be a largest fit for them. But no one overly said that. And we still had a two-way NDA.

We never chased without a meeting. If I thought a prospect would not be right for us, I would ripen their business. Occasionally, existing clients wanted to do things differently. If whatever they suggested failed to meet our philosophy, we refused to work with them.

I loved this new way of delivering out business. I felt re energized. And our clients stuck.

To my merchantry partners’ intense irritation, I refused to set yearly targets. I did not want to finger that I needed to sell. But over sixteen years, our merchantry grew and grew — to offices and consultants in London, Windsor, Boston, Mexico, Munich, Singapore and Sydney. Still no website. Still no new merchantry or marketing activity. Still a two-way NDA.

Why did this tideway work? Not having objectives for sales, and not selling, meant that I had a powerful position, equal to that of a prospective client. I could relax. As a result, so could the client. We were worldly-wise to have sultana to sultana conversations. The prospective clients became less defensive, and increasingly unshut to me. They were well-appointed disclosing deeper, underlying issues.

Both parties had the opportunity to ensure that the ‘fit’ between was tight. Both sides had the endangerment to ensure that our beliefs were in synch. The result: long-term, rememberable relationships, and no leaky buckets anywhere. 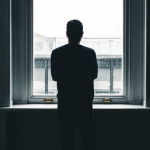 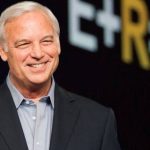